A MESSAGE FROM KCarl SMITH

This interview makes it clear that this moment provides the Conservatives the greatest opportunity to highlight what some Conservatives already know—the FDR Engagement Strategy™ is the only unifying message and approach that inspires more Blacks, Latinos, women, and young people to embrace for the concepts, values, and policies of a free society.

Unfortunately, far too many Conservatives have come to the dreadful conclusion that nothing can be done to "trump the race card".

underestimate the Lefts' masterful use of negative propaganda. They constantly use lies and deceit to control the narrative and shame Conservatives—falsely accusing them as being racists, Uncle Toms, sellouts or bigots. As result, Conservatives are being discredited, before they can even speak. Often times, the Lefts' false rhetoric causes many Americans to mentally shutdown, without giving the conservative point of view any serious thought. In order to get the message of freedom and free market principles to resonate with wide range of Americans, Conservatives must learn how to "trump the race card".

The Frederick Douglass Republican Training Program provides hope to Americans, who know they are not racists or Uncle Toms, but they are being unfairly mislabeled, misunderstood, and demonized. The answers and strategies Conservatives have long-awaited are finally here to crush the vile and malicious attacks of the Lefts' propaganda machine. Frederick Douglass Republican Training Program is the offensive strategy of the Liberty movement.

For the past eight years, I have trained and coached thousands of Conservatives with a liberty messaging strategy that empowers them to: (1) Take control of the narrative; (2) Defeat the Left's propaganda machine; and (3) Re-Ignite America's passion for liberty.

That's what the Frederick Douglass Republican (FDR) Training Program is all about—empowering the "Friends of Freedom" with the knowledge and skills to engage family members, friends and people of different ethnicities . It's liberty training Frederick Douglass style.

If you are serious about "preserving the blessings of liberty", then you must make Frederick Douglass an integral part of the liberty message. So, I encourage you to enroll in the FDR Training Program today. Don't wait! Do it now while the countdown clock is still ticking.

"This is the beginning of the end of playing the 'race card' to silence your Conservative voice." 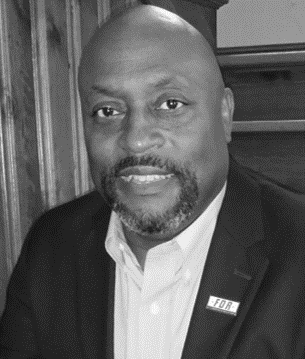 Enter your name and email below for instant access…

We value your privacy and would never spam you

Your 3-Step Guide to
Getting Started with Responsive Design